We understand your challenges

A food and beverage company has a lot of activities going on at once, like coordinating manufacturing, monitoring inventory recipes, and guaranteeing food safety. These are extremely complicated problems that are interconnected within an organisation and may call for an integration platform to make sure that operations are efficient for your business.

How we address your problem statement

Netsuite acts as a single source of truth for your organisation by giving you access to real time inventory data, list of KPIs, personalised dashboards, order management etc. to ensure a seamless flow of information and decision making within your organisation. Using the predictive analysis feature within Netsuite you can derive when there is significant demand for your items in the market, you may automate operations through Netsuite, such as fulfilling procurement orders, to guarantee that your company maintains its reputation for on-time order fulfilment. 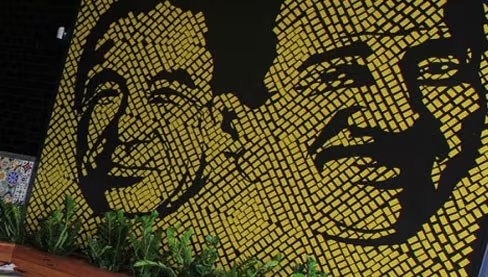 Since opening in Australia in 2006, the Mexican restaurant chain and franchise, Guzman y Gomez (GYG), has helped Australians embrace the burrito and pioneered a new fresh food option to the world of fast-casual restaurants. Initially founded after identifying a gap in the market, it has now expanded to four countries including Singapore, Japan and the U.S.

Run your entire operations on NetSuite

For a manufacturing facility which deals in perishable goods it is important to be aware of lead times for raw materials and predictive analysis for demand of finished goods. NetSuite supply chain planning enables businesses to make informed decisions that ensure product availability while keeping excess inventory to a minimum. NetSuite helps in automating the entire process of managing your inventory levels and staying on top of them at all times through features such as real-time inventory tracking, lot and serial number tracking, and expiration date tracking.

The production facilities in the F&B industry need to ensure that the products procured or manufactured adhere to the quality standards of your organisation. Netsuite helps you automate the testing procedure by letting you define and easily select the tests you want to perform, set parameters to evaluate results and define policies for testing at receiving and during the production process. Prepare real time reports through Netsuite which are ready for a faster evaluation by the engineers.

Handling different steps of production through disparate systems can get highly time consuming and lead to inefficient allocation of resources within your organisation. You can achieve your desired level of efficiency by implementing Netsuite in your organisation. Netsuite acts as a single system which gives you complete control over your production process. The manufacturing solution from NetSuite gives you real-time visibility into each stage of the production process, from creating sales orders to processing, routing and scheduling work orders to product costing and order fulfilment, so you can make better choices.

An F&B company needs to lay key emphasis on the needs of its customers. It is essential to ensure that all the orders are being fulfilled on time and the company is able to manage all the interactions with its clients through a single system. Netsuite CRM provides a seamless flow of information across the entire customer lifecycle facilitating accurate communications with the right customers driving sales. Additionally, it provides the ability to manage quotes, commissions, sales projections and partner relationships.